A split night of yin and yang interaction. That’s a good way to explain what it’s like traveling from one election party to another – both surely the biggest in town. While the GOP was mingling, discussing, and generally attending the evening, the Dems were wide awake dancing, singing, and laughing. I set out to see not who was best at politics, but who was best at hosting a good party.

At the Colorado Springs Country Club, the GOP party had a wide variety of food and drinks- I like that. There were plenty of finger foods along with full course meals consisting of chicken and pasta. I’ve always said, “if I’m ever at a party, I’m at the snack table”. I talked with re-elected Sherriff Bill Elder, who was in good spirits… he’s always very nice to the media. There was some concern in the air at the GOP party, and also relief as numbers came in. The music there, if any, was hardly noticeable and consistent with what a typical country club would play. This was not the event for me to bust out my dancing shoes…

After stopping by the GOP party, I headed downtown to the Gold Room off Nevada and Pikes Peak. The Dems party there had a wider array of drinks and dancing. It was a much more electric atmosphere, bumping music and flashing lights filled the venue, where energetic folks all seemed very happy and excited as well as eager to start pushing their agenda- funding for environmental protection and schools. I also talked to Senate Elect Pete Lee who was eager to start reform on the criminal justice system. I’m not going to lie, this party was much more fun.

Both parties had their victories though… Neither party was a total “win” or “loss”. Although the GOP seemed more on edge, the Democrats did seem generally more confident. Who’s to say what will happen? Surely though, things will shift… back, and forth, as they do in politics. I was really just there for the appetizers. 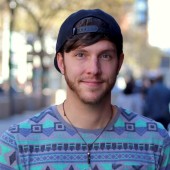